Hi all again, in the last note we refactor the code to persist the information in a relational database, postgresql in our case.

Let’s start where we left last time (ci bonus) and tie those loose ends in the ci.

First, one thing to improve in our tests is start using surf as client since is the client recommended by http-rs.

So, let’s add surf as dev-dependency

And then in our code, let’s use surf as client en each test

Awesome! But at this point we are only asserting the status code. Let’s check now also the returned payload, for that we will use the crate assert-json-diff that add two macros:

For example, add this lines to the get_dino test

Great! now we are also validating the returned payload.

And in each test we need to run clear_dinos before make any change/request.

Great, so one more task to go. We need to set the ci (gh actions) to run the tests. For that we set a new block in ci.yml to run those tests 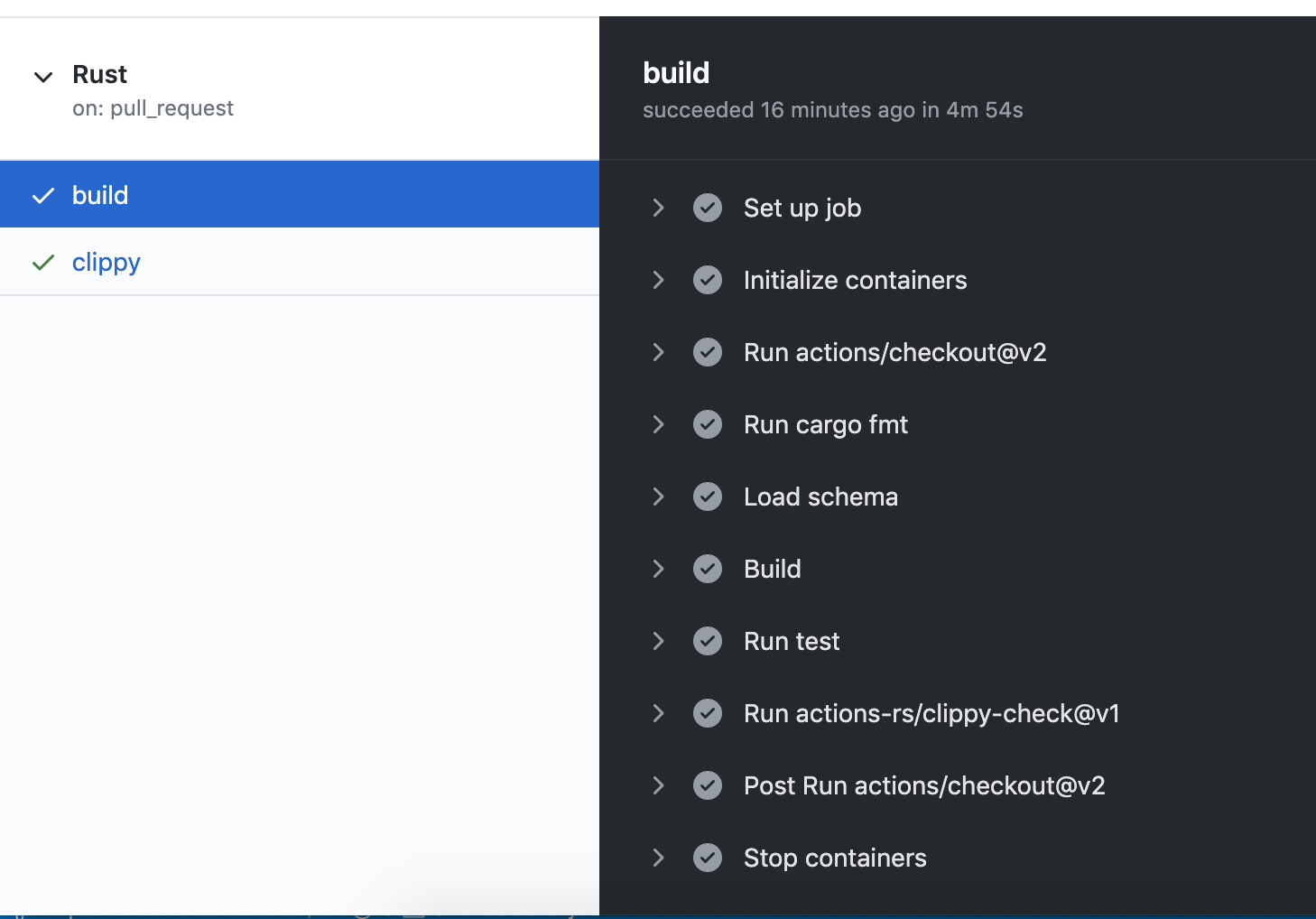 Nice! we now have the ci configured.

Beyond the happy path

Until now our test only check the happy path and we are not testing errors. Let’s add some basic test cases for cover those

We need to handler the insert error and return the appropriated error since using the ? here will bubble the error to the caller.

In this cases we only need to send an invalid key ( e.g. a new one and should works )

Also, this week a new version of tide was released with a new way to start the servers

Tide v0.15.0 introduces a new way to start servers: Server::bind. This enables separating “open the socket” from “start accepting connections” which Server::listen does for you in a single call.

Let’s update our code to use this new version, first the deps in cargo

And in our code the main function now looks like this

That’s all for today, I was planned to add the implementation of tera as render engine but will cover that in the next note and keep this one focused in tests.

As always, I write this as a learning journal and there could be another more elegant and correct way to do it and any feedback is welcome.